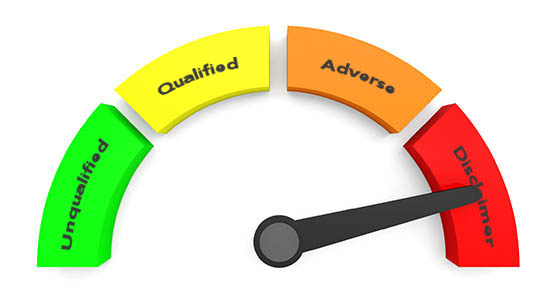 In general, there are four types of audit opinions, ranked from most to least desirable.

1. Unqualified. A clean “unqualified” opinion is the most common (and desirable). Here, the auditor states that the company’s financial condition, position and operations are fairly presented in the financial statements.

Qualified opinions are also given if the company’s management limits the scope of audit procedures. For example, a qualified opinion may have resulted if you denied the auditor access to year-end inventory counts due to safety concerns during the COVID-19 pandemic.

4. Disclaimer. Even more alarming to lenders and investors is a disclaimer opinion. Disclaimers occur when an auditor gives up in the middle of an audit. Reasons for disclaimers may include significant scope limitations, material doubt about the company’s going-concern status and uncertainties within the subject company itself. A disclaimer opinion letter briefly outlines the auditor’s reasons for throwing in the towel.

Auditors’ reports for public companies also must include a discussion of so-called “critical audit matters” (CAMs). Essentially, these are the most complicated issues that arose during the audit. CAMs are specific to the engagement and the year of the audit. As a result, they’re expected to change from year to year.

This requirement represents a major change to the pass-fail audit opinions that have been in place for decades. It’s intended to give stakeholders greater insight into the company’s disclosures and the auditor’s work when issuing an unqualified opinion. Contact us for more information on audit opinions.

Almost 40 years after its launch, QuickBooks® remains the leading accounting software program for small and medium-sized businesses. If you decide to use QuickBooks for your bookkeeping needs, you may have questions about implementation and using it to run your...

END_OF_DOCUMENT_TOKEN_TO_BE_REPLACED 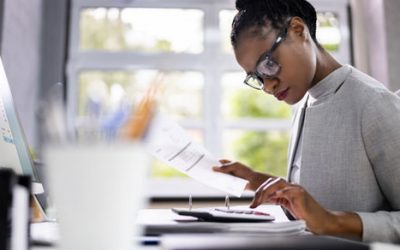 Pick the Right Accounting Method for Your Business

Timely, accurate financial information is essential to running a successful business. There are a number of accounting methods you can use to record and track your business’s financial performance. Here’s an overview of cash, tax and accrual basis accounting to help...

END_OF_DOCUMENT_TOKEN_TO_BE_REPLACED 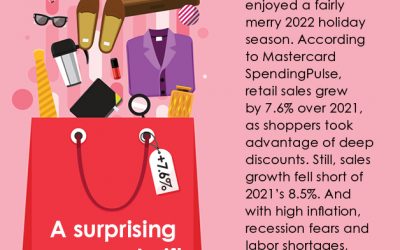