The Illinois legislature recently completed its 2021 session and made several significant tax law changes. Below is a summary of many of the pertinent tax measures that passed. Please contact a member of your Miller Cooper & Co., Ltd. team if you would like to discuss how any of these Illinois law changes may impact you or your business.

The 2017 Tax Cuts and Jobs Act (“TCJA”) established a $10,000 cap on the amount of deductible state and local taxes for individual taxpayers for tax years 2018 – 2025 (“SALT Cap”). Since the establishment of the SALT Cap, there have been many unsuccessful efforts to repeal and/or circumvent the SALT Cap. But, in late 2020 the IRS issued Notice 2020-75, which announced forthcoming regulations that would allow state and local income taxes imposed on and paid by a partnership or S corporation on its income to be allowed as a deduction by the partnership or S corporation in computing its non-separately stated taxable income or loss for the tax year of payment, and therefore are not subject to the SALT Cap for partners and shareholders who itemize deductions.

In addition to many other states, the Illinois legislature also adopted a pass-through entity (“PTE”) tax for partnerships and S corporations for taxable years ending on or after December 31, 2021 and beginning prior to January 1, 2026. Specifically, IL PTE tax states that a partnership or S corporation may annually elect to pay tax on its Illinois sourced net income at the 4.95% rate that is applicable to individuals.

Each individual owner of an electing entity would be allowed a credit against the tax imposed and paid by the partnership or S corporation for that owner’s distributive share of net income for the entity. The bill also allows for a credit for taxes paid to other states that have approved similar optional PTE level taxes.

An electing entity is relieved from existing withholding requirements for any year where an election is made; however, the bill requires that estimated tax payments be made throughout the year if the entity’s tax liability is expected to be greater than $500. Finally, a separate election is required for each year, and once an election is made, it is irrevocable.

Under the new bill, Illinois imposed an annual $100,000 net operating loss deduction limit for the next three tax years (2021, 2022, and 2023) for C corporations. The Illinois Department of Revenue has indicated that businesses can still carry forward losses above this $100,000 amount, but they cannot claim that deduction for the next three years while this temporary cap remains in place.

The Illinois legislature has eliminated the phaseout of the corporate franchise tax. Previously, the Corporate Franchise Tax was scheduled to be completely phased out by the year 2024. Under the new law, the franchise tax will remain in place indefinitely. The current credit, which permits $1,000 of franchise tax liability to be exempt from the tax imposed, still applies.

For taxable years ending on or after June 30, 2021, the new law decouples Illinois from the federal corporate deductions for Global Intangible Low-Taxed Income (“GILTI”). The bill requires corporate taxpayers to add back GILTI deductions taken at the federal level when computing their Illinois base income. Going forward, Illinois will treat GILTI and foreign-sourced dividends in a manner closer to its treatment of domestic dividends. 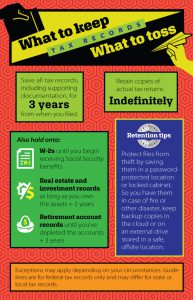 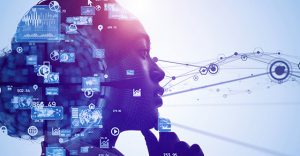 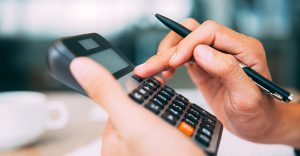