The SECURE Act Likely to Affect Your Retirement and Estate Plans

In late 2019, the first substantial legislation related to retirement savings since 2006 became law. The Setting Every Community Up for Retirement Enhancement (SECURE) Act brings numerous changes to the retirement and estate planning landscape, and some of them should prompt careful review of your existing plans to ensure they’ll accomplish the desired outcomes, including minimizing taxes.

The most significant provisions include the following changes:

Later IRA Contributions. Prior to the SECURE Act, you couldn’t contribute to traditional IRAs starting in the year for which you reach age 70½, even if you continued to work. The new law eliminates that restriction, instead allowing anyone with earned income to contribute. This change brings the rules for traditional IRAs in line with those for 401(k) plans and Roth IRAs.

Delayed RMDs. The SECURE Act eases the rules for required minimum distributions (RMDs) from traditional IRAs and other qualified plans. It generally raises the age at which you must begin to take RMDs — and pay taxes on them — from age 70½ to 72. This new rule, however, applies only to individuals who hadn’t reached the age of 70½ as of the end of 2019.

Some taxpayers have turned to qualified charitable distributions (QCDs) as a tool for satisfying both their RMD requirements and their charitable inclinations. QCDs may be an attractive option because the Tax Cuts and Jobs Act (TCJA) has led more taxpayers to claim the standard deduction on their taxes, losing out on the federal tax benefits previously enjoyed by virtue of charitable contributions. With a QCD, you can distribute up to $100,000 per year directly to a 501(c)(3) charity once you reach age 70½, even if your RMD age is now 72. You don’t receive a charitable deduction, but the distribution is excluded from your taxable income.

Effectively Eliminated “Stretch” RMDs. Perhaps more important for some estate plans, the SECURE Act eliminates so-called “stretch” RMD provisions that have allowed the beneficiaries of inherited defined contribution accounts to spread the distributions over their life expectancies. Younger beneficiaries could use the provision to take smaller distributions and defer taxes while the accounts grew.

The law recognizes exceptions for the following types of beneficiaries:

The 10-year requirement also applies to trusts, including see-through or conduit trusts, that use the age of the oldest beneficiary to stretch RMDs and prevent young or spendthrift beneficiaries from quickly depleting the inherited accounts.

If you’ve counted on stretch RMDs, you might achieve the same goals by naming a charitable remainder trust (CRT) as the beneficiary of your account, with your children as the trust’s income beneficiaries. The CRT would provide your children an income stream for a specified number of years or until their deaths and then pass the remainder to charity. Plus, your estate could take a deduction equal to the present value of the charity’s remainder interest.

Roth conversions are another avenue to consider. Moving money from a pre-tax IRA account to an after-tax Roth IRA during your retirement preempts RMDs during your life, and any subsequent growth in the account would be tax-free. Plus, your beneficiaries won’t be subject to tax on any distributions they take.

Keep in mind that you’ll owe tax as a result of the conversion, though you needn’t convert the entire account at once. Making the conversions strategically, over a number of years, may help to manage the tax implications. Roth conversions require consideration of several factors, so consult with us before taking the plunge.

Penalty-Free Withdrawals for Birth or Adoption. The SECURE Act creates a new exemption for qualified births or adoptions from the 10% tax penalty on early withdrawals from defined contribution plans. You can withdraw an aggregate of $5,000 from a plan without penalty within one year of the birth of a child or an adoption of a minor or an individual physically or mentally incapable of self-support.

Couples in which both parents have separate retirement plans can withdraw an aggregate of $10,000 penalty-free. (Eligible adoptees don’t include the child of your spouse.) Such withdrawals are subject to ordinary income tax.

Expanded Options for Use of 529 Plans. Under the SECURE Act, you can use 529 plans to pay as much as $10,000 of principal and interest on qualified education loans for a plan beneficiary. The law also permits plan distributions, subject to the same limit, to pay off qualified student loan debt for the beneficiary’s siblings.

529 plans are expanded to include apprenticeship programs, too. Distributions can be made to such programs for costs related to fees, books, supplies and equipment necessary for program participation.

Kiddie Tax Reversion. The TCJA changed the kiddie tax rules, generally making unearned income generated by children over a certain threshold taxable at the tax rates for trusts and estates, rather than the generally lower rates of their parents. The SECURE Act reverses course, so a child’s unearned income will return to being taxed at the parents’ highest marginal rate.

The law provides the option to calculate the kiddie tax for 2019 under the TCJA or SECURE Act rules. You can also amend your 2018 tax returns to apply the new rule if financially worthwhile.

With most of the SECURE Act’s provisions already in effect, you can’t afford to stall on reviewing your plans and making the necessary adjustments to satisfy long-term objectives. Please contact us with any questions. 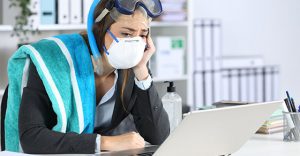 Liabilities for Unused Time Off Mount

During the pandemic, many employees have postponed using their allotted paid time off until COVID-related restrictions are lifted and safety concerns subside. 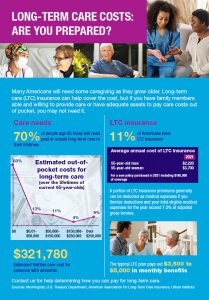 Long-Term Care Costs: Are You Prepared? 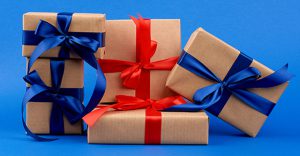 If your nonprofit organization accepts contributions of nonfinancial assets, such as land, services and supplies, you should know about Financial Accounting Standards